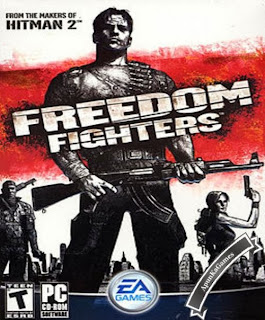 Freedom Fighters 1, originally titled Freedom: The Battle For Liberty Island, is a 2003 third-person shooter video game available for the PlayStation 2, Nintendo GameCube, Xbox and Microsoft Windows. It was developed by IO Interactive, using a modified version of the Hitman 2: Silent Assassin game engine, and published by Electronic Arts. The BAFTA-award winning composer Jesper Kyd (who also wrote the score to IO Interactive’s Hitman video games) wrote the music. The scriptwriter was Morten Iversen (who also wrote scripts for the Hitman franchise). The game is set in an alternate history where the Soviet Union wins the Cold War and has invaded and occupied New York City. The player takes the role of Christopher Stone, a plumber-turned American Resistance movement leader fighting against the invaders.
Freedom Fighters is third-person shooter, in which the player navigates through the streets of New York while fighting the Soviet forces. The game also contains squad-based elements, having a charisma meter. The player gains charisma by performing heroic deeds in the resistance movement against the invading forces, like capturing a base or destroying vital supplies. The more charisma that is gained, the more squad mates the character can recruit, including leaderless guerrillas and wounded Russian soldiers, up to a maximum of twelve. Freedom Fighters uses a simple method of controlling recruits in battle. In the game, the player can command recruits by giving them simple orders such as “follow,” “attack,” and “defend,” but in most situations, they take care of themselves. Given the terrain of New York City after the initial invasion, the Resistance usually stations its soldiers in covered positions like craters and buildings. 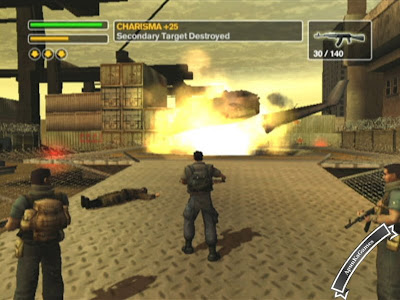 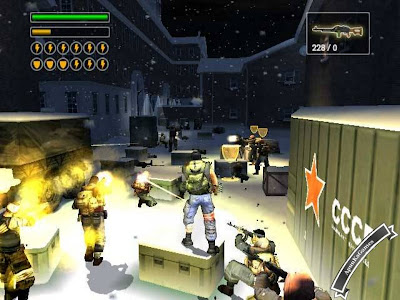 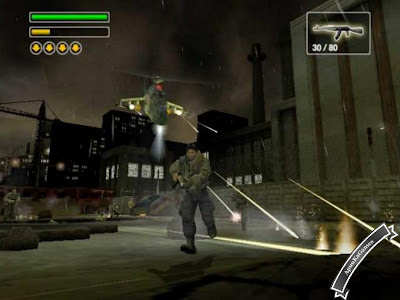