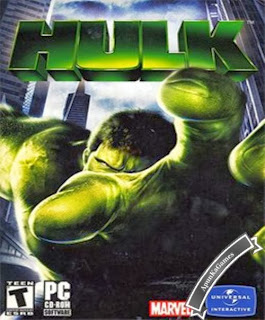 Hulk is a video game sequel based on the 2003 movie of the same name. It was developed by Radical Entertainment and published by Vivendi Universal Games & Universal Interactive. A signature feature has Eric Bana reprises his role of Bruce Banner. Set 8 years after the film (as indicated when Bruce Banner claims that his time in South America was like a holiday, as seen at end of the film) The game begins in a dream sequence where a man named Bruce Banner transforms into a large and powerful monster dubbed the Hulk and destroys waves of soldiers and tanks sent by the military to attack him. Upon awakening, Bruce Banner is contacted by his old mentor Dr. Crawford who explains that he has developed a cure for the Hulk called the Gamma Orb. Unfortunately, military troops led by the corrupt General John Ryker have raided the lab. 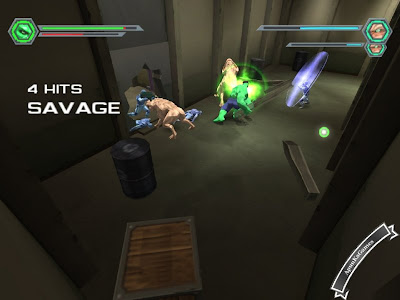 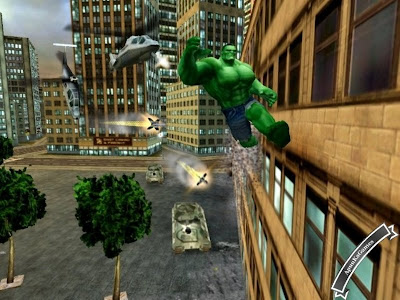 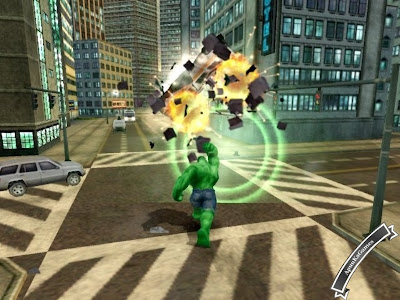