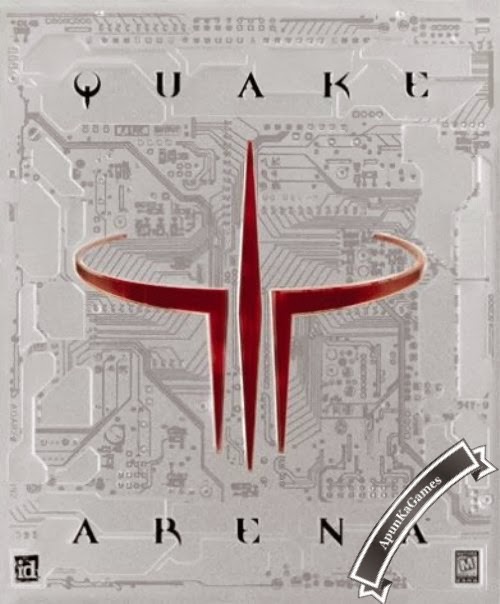 Quake III Arena (also known as Quake 3; abbreviated as Q3A or Q3), is a multiplayer-focused first-person shooter video game. The game was developed by id Software and featured music composed by Sonic Mayhem and Front Line Assembly. Quake III Arena is the third in the series and differs from previous games by excluding a traditional single-player element and focusing on multi-player action. The single-player is instead played against computer controlled bots in a similar style to Unreal Tournament.
Notable features of Quake 3 include the minimalist design, lacking rarely used items and features, the extensive customizability of player settings such as field of view, texture detail and enemy model, and advanced movement features such as strafe- and rocket-jumping.
Quake 3 is available on a number of platforms and contains mature content. The game was highly praised by reviewers who, for the most part, described the gameplay as fun and engaging. Many liked the crisp graphics and focus on multiplayer. Quake 3 has also been used extensively in professional electronic sports tournaments such as QuakeCon, Cyberathlete Professional League and the Electronic Sports World Cup.
Unlike its predecessors, Q3A does not have a plot-based single-player campaign. Instead, it simulates the multiplayer experience with computer controlled players known as bots. The game’s story is brief – ‘the greatest warriors of all time fight for the amusement of a race called the Vadrigar in the Arena Eternal.’ The introduction video shows the abduction of such a warrior, Sarge, while making a last stand. Continuity with prior games in the Quake series and even Doom is maintained by the inclusion of player models related to those earlier games as well as biographical information included on characters in the manual, a familiar mixture of gothic and technological map architecture and specific equipment; for example, the Quad Damage power-up, the infamous rocket launcher and the BFG super-weapon.
In Quake III Arena the player progresses through tiers of maps, combating different bot characters that increase in difficulty, from Crash (at Tier 0) to Xaero (at Tier 7). As well as tougher opponents the fights take place in more complex arenas as the game progresses. While deathmatch maps are designed for up to 16 players, tournament maps are designed for duels between 2 players and in the single-player game could be considered as ‘boss battles’. 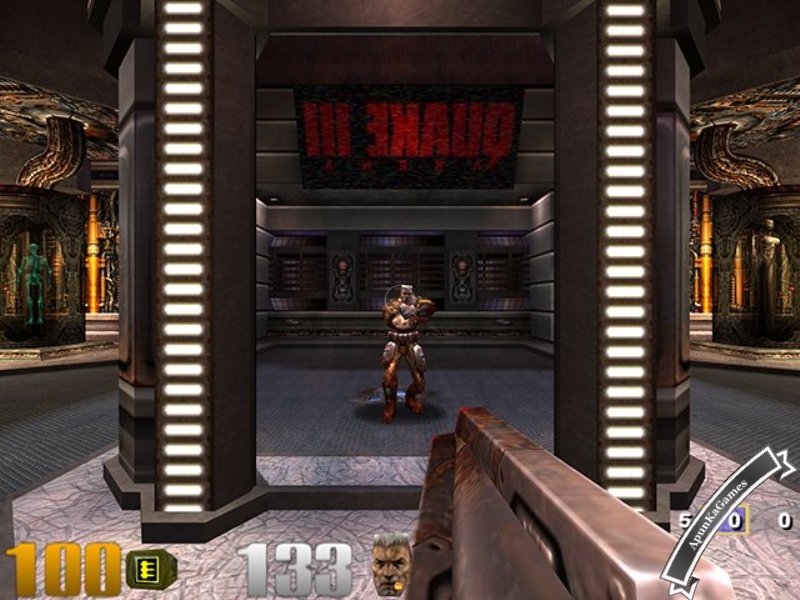 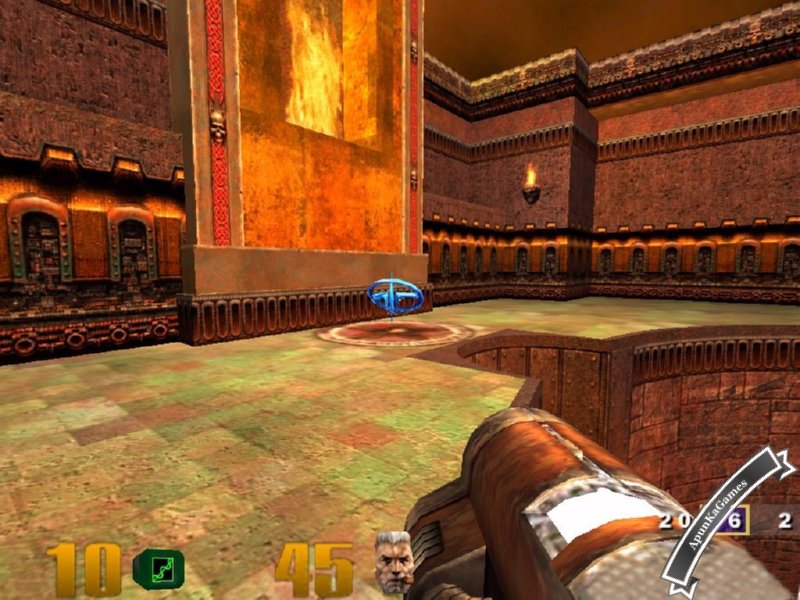 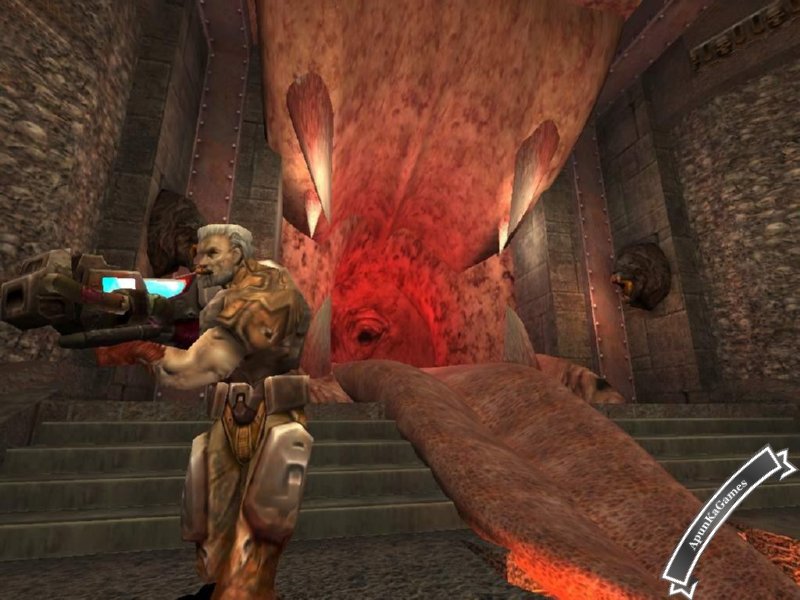