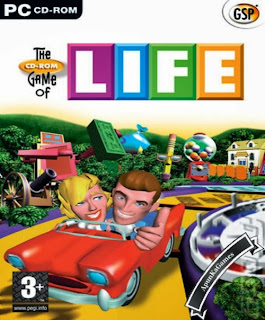 The Game of Life Game Information

The Game of Life, also known simply as LIFE, is a board game originally created in 1860 by Milton Bradley, as The Checkered Game of Life (and later produced by the Milton Bradley Company of Springfield, Massachusetts). The Game of Life was America’s first popular parlor game. The game simulates a person’s travels through his or her life, from college to retirement, with jobs, marriage, and possible children along the way. Two to six players can participate in one game. Variations of the game accommodate eight to ten players.
The modern version was originally published 100 years later, in 1960. It was created by toy and game designer Reuben Klamer and was “heartily endorsed” by Art Linkletter. It is now part of the permanent collection of the Smithsonian’s National Museum of American History. It later spawned a book, The Game of Life: How to Succeed in Real Life No Matter Where You Land (Running Press), by Lou Harry.
The game was originally created in 1860 by Milton Bradley as The Checkered Game of Life. This was the first game created by Bradley, a successful lithographer, whose major product until that time was a portrait of Abraham Lincoln with a clean-shaven face, which did not do well once the subject grew his famous beard. The game sold 45,000 copies by the end of its first year. Like many games from the 19th century, such as The Mansion of Happiness by S.B. Ives in 1843, it had a strong moral message.
Bradley’s game did not include dice, instead using a teetotum, a six-sided top (dice were considered too similar to gambling).
The game board was essentially a modified checkerboard. The object was to land on the “good” spaces and collect 100 points. A player could gain 50 points by reaching “Happy Old Age” in the upper-right corner, opposite “Infancy” where one began.
In 1960, the 100th anniversary of The Checkered Game of Life, the first modern version of The Game of Life, a collaboration between Reuben Klamer and Bill Markham, was introduced. The game was re-published many times over the years, including 1961, 1966, 1978, 1985, 1992, 2000, and 2005. 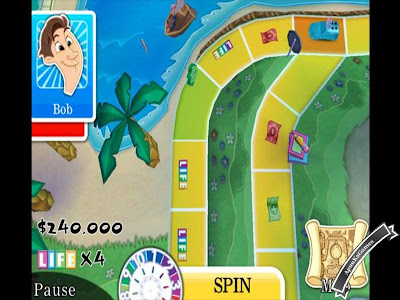 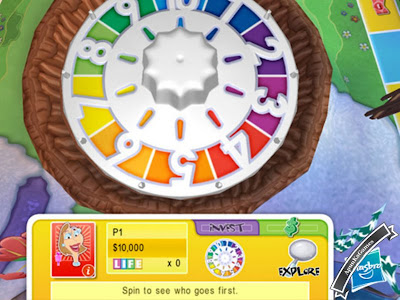 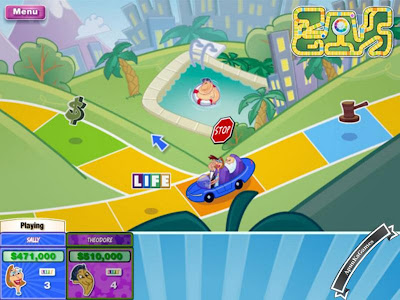